At the beginning of 2017, many money managers and analysts suggested financial markets would not repeat their strong 2016 performance. Some cited the uncertain global economy, political turmoil in the US, implementation of Brexit, conflicts in the Middle East, North Korea’s weapons buildup, and other factors. CALPERS, the California Public Employees' Retirement System and the largest U.S. public pension fund, had internally discussed selling $50 billion of stocks last year due to such concerns, but after thinking things over, thought better of it. So much for the folly of prediction, as global equity markets defied all such downbeat assessments, with major equity indices across the globe posting very strong returns for the year. 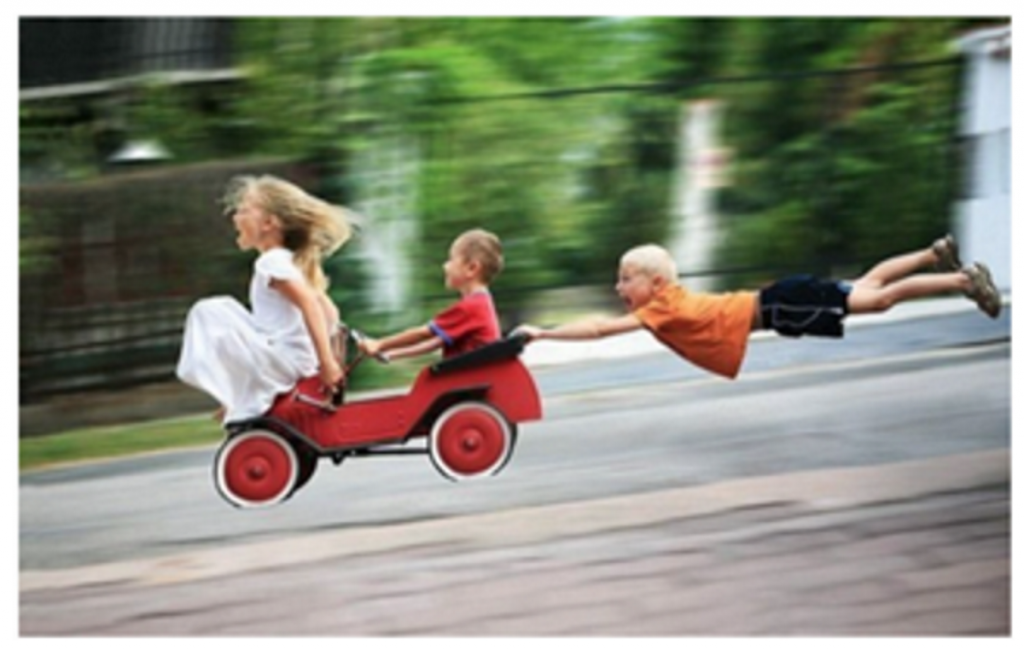 The global economy showed signs of stronger growth, with 45 countries tracked by the Organization for Economic Cooperation and Development (OECD) all on pace to expand. Last year’s broad global advance underscores the importance of following an investment approach based on diversification and discipline rather than one based on prediction and timing. Attempting to predict markets would require us to not only accurately forecast future events, but to also predict how markets will react to those events, the latter part of that equation sometime being the most difficult part. If ever there was an object lesson in the perils of prediction, for many pundits, 2017 was that lesson embodied.

Equity Market Highlights
Global equity markets posted another positive year of returns in 2017. In the US, the S&P 500 Index recorded a 21.83% total return and small cap stocks, as measured by the Russell 2000 Index, returned 14.65%, both above their long-term average return of 11.96% and 11.73%, respectively, since 1979.  Returns among non-US equity markets were even higher. The MSCI World excluding USA Index, which reflects non-US developed markets, logged a 24.21% return and the MSCI Emerging Markets Index posted an eye-popping 37.28% return, making this the fifth highest return in the index history.

As the S&P 500 and other indices reached all-time highs during the year, a common question I heard was whether markets were poised for a downturn. History has shown repeatedly that a market index being at an all-time high generally does not provide actionable information for investors.   For evidence, we can look at the S&P 500 Index for the better part of the last century. From 1926 through 2017, the frequency of positive 12-month returns following a new market high was similar to that following any month. To wit, see this chart below from Hulbert Ratings.com, which makes a similar point using data for the Dow Jones Industrial Average. 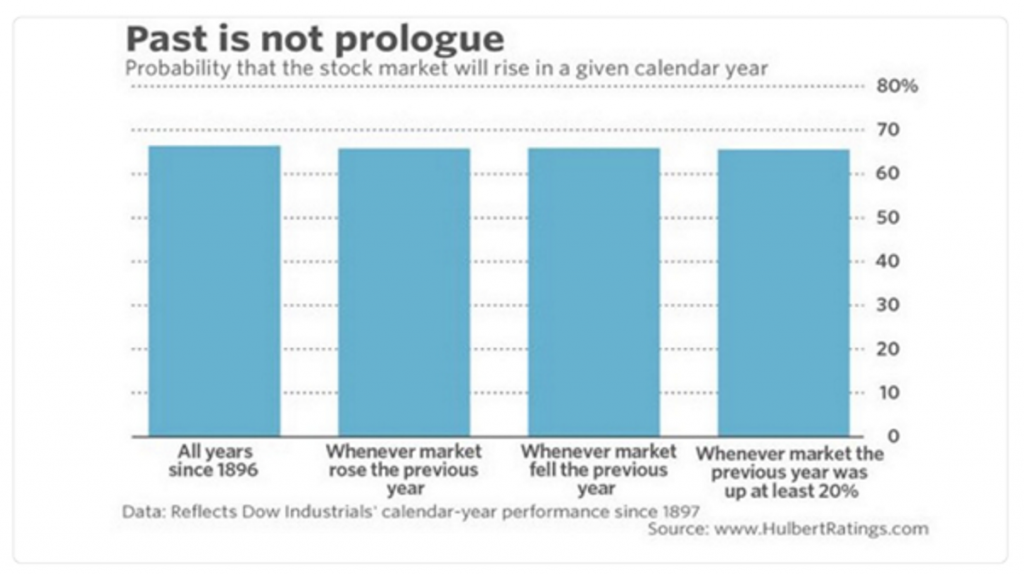 The Impact of Global Diversification

Non-US Developed markets and emerging markets generally outperformed US equities last year. As a result, a market cap-weighted global equity portfolio would have outperformed a US-only equity portfolio.  While the S&P 500 Index’s nearly 22% return marked its best calendar year since 2013, the US market returns still ranked in the bottom half of countries for the year, placing 35th out of the 47 countries in the MSCI All Country World Index (IMI).  This, of course, is why we diversify and hold more than just US assets.

Delving into individual countries, country-level returns were mostly positive. Using the MSCI All Country World Index (IMI) as a proxy, 45 out of the 47 countries posted positive returns. Country level returns were dispersed even among those with positive returns. In developed markets, returns ranged from +10.36% in Israel to +51.39% in Austria. In emerging markets, returns ranged from –24.75% in Pakistan to +53.56% in Poland—a spread of almost 90%. Without a reliable way to predict which country will deliver the highest returns, this large dispersion in returns between the best and worst performing countries again emphasizes the importance of maintaining a diversified approach when investing globally.  China provides a good example highlighting the noise in year-to-year single country returns. After a flat-to-negative return (USD) in 2016, Chinese equities returned more than 50% (USD) in 2017, making China one of the best performing countries for the year.

Most major currencies including the euro, the Australian dollar, and the British pound appreciated against the US dollar. The strengthening of non-US currencies had a positive impact on returns for US investors with holdings in unhedged non-US assets. This may surprise some investors given that the US dollar has strengthened against many currencies over the past five- and 10-year periods. However, as we witnessed with individual country returns, there is no reliable way to predict currency movements. Investors should be cautious about trying to time currencies based on the recent good or bad performance of the US dollar or any other currency.

In 2017, the small cap premium[1] was generally positive in non-US developed markets and negative across US and emerging markets. The profitability premium[2] was positive across US, as well as in non-US developed and emerging markets, while the value premium[3] was negative across those same markets.  Though 2017 generally marked a positive year for absolute equity returns, it marked a change in premium performance from 2016 when the size and value premiums were generally positive across global markets. Taking a longer-term perspective, these premiums remain persistent over decades and around the globe despite recent years’ headwinds. It is well documented that stocks with higher expected return potential, such as small cap and value stocks, do not realize these returns every year. Maintaining a disciplined exposure to these parts of the market is key to effectively realizing the long-term returns associated with the size, value, and profitability premiums.

Yield curves were upwardly sloped in many developed markets for the year, indicating the expectation that longer-dated bonds will provide higher returns than shorter-dated bonds, and in fact, this was the case across the globe as long-term maturities outperformed their shorter-term counterparts.

Credit spreads[4], which are the difference between yields on lower quality and higher quality fixed income securities, were relatively narrow during the year, indicating smaller expected credit premiums. Realized credit premiums were positive both globally and in the US, as lower-quality investment-grade corporates outperformed their higher-quality investment-grade counterparts. Corporate bonds were the best performing sector, returning 6.42% in the US and 5.70% globally, as reflected in the Bloomberg Barclays Global Aggregate Bond Index (hedged to USD).

In other major credit markets, interest rates increased in Germany while they were relatively unchanged in the United Kingdom and Japan. Yields on Japanese and German government bonds with maturities as long as eight years finished the year in negative territory.

As I said at the outset, 2017 was an object lesson in the difficulty of predicting market performance, the importance of diversification, and the need for investors to maintain disciplined market exposure in order to effectively earn the long-term returns that capital markets offer.   Although it’s unlikely 2018 will offer market returns quite as positive, anything is possible, and the first few weeks have started off with a bang as the Dow has already crossed the 25,000 mark. Regardless of portfolio performance this year, I hope 2018 is a great year for you and yours, and wish you health, happiness and prosperity.  As always, please don’t hesitate to reach out if you have any questions or if there is anything we can help with.

[2] Profitability performance is measured as the top half of stocks based on profitability minus the bottom half in the Russell 3000 Index.