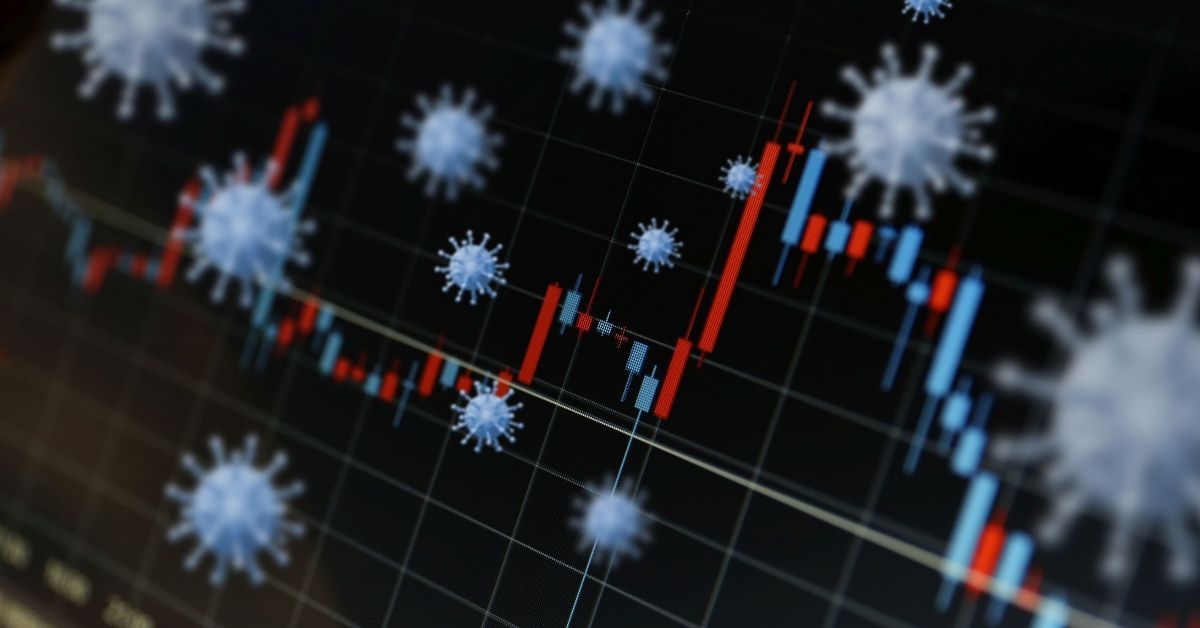 Another painful week in markets around the globe, although one that ended on a strong up note. The Dow, which had already declined over the two prior weeks, saw another 10% drop this week.  As of today, the Dow is now 22% off its all-time February high. The week was also noteworthy for having seen the first one-day, 10% drop since 1987 and for setting a record for the fastest time from an all-time high to a bear market (a 20% drop).  Of course, the market’s activity is not happening in a vacuum; the backdrop and proximal cause for all of this is the accelerating spread of the coronavirus and the COVID-19 illness, now officially declared by the World Health Organization to be a global pandemic.

As we are all experiencing, this week has been a bit surreal. I’ve said to a few people that this has the feel of the weeks following 9/11 combined with the panicked weeks in the fall of 2008, during the darkest days of the financial crisis. If there was any doubt about how serious the coronavirus issue is, I would think the unprecedented cancellation of public life in most venues (sports, business, education, and social activities) would provide some confirmation that the issue is quite real.

Rather than a long narrative to wrap up the week, I thought a Q&A format might be helpful and more readable. In what follows, I’ll answer some of the questions that have come up in conversations with clients:

Given how panicked the market is this week, does that tell us anything about how bad this will be economically?

Not particularly. What this week’s market activity does tell us is that economic uncertainty is very high right now and investors are scared and some are panicked. As I said in last week’s missive, when uncertainty and fear are running high, many investors—including some large institutional investors —sell first and ask questions later. Such panicked selling can create the kind of volatility we’ve seen this week. In 1987, the Dow fell 23% in a single day, and concurrently entered a bear market that saw stocks fall almost 34%. However, within less than two years, markets had recovered and continued on to new highs. So, even the sharpest declines are not always indicative of long-lasting economic carnage.

But isn’t this time different? I mean, this time it’s a global pandemic!

Every time is different in the details of the situation. 1987’s crash, still the biggest one-day crash since the Great Depression, was caused by a combination of uncertainty around several factors, along with programmatic trading run amok; The popping of the dot.com bubble was its own thing, as was the post-9/11 recession that followed shortly thereafter. And, of course, the great financial crisis of 2008-9 was different than all the others.  Ultimately, fear and uncertainty around economic factors—and sometimes fear around other things (terrorism or pandemic, for example)—is always at the root of such market routs.  It’s worth noting that, in this particular case, it would be easy to conflate the fear of a pandemic with the fear of the economic impact. Both are scary, but when put together, the result may be multiplicative and not just additive.

How about the swiftness of this week’s downturn: any comments there?

Yes. I think the realization that the whole coronavirus situation was actually a real “thing” hit many people quite unexpectedly. While the story has been unfolding in China since December, and in Europe over the last several weeks, there seems to have been a sense of, “Well, that’s all going on over there and we’ve got an ocean between us and them.” Once it hit on the west coast and the numbers made it abundantly clear that the coronavirus was really here and was spreading, I think that was a real wakeup call. Additionally, the U.S. was caught flat-footed and the initial missteps almost certainly heightened anxiety to an even greater degree than would otherwise have been the case.  That said, even with full preparedness and a stronger initial response, this was never going to be an easy stretch for markets. I’ll also add that markets seem to get where they are going even faster than they used to (see: sell-first, ask questions later from above).

Everything looks so bleak right now. What could possibly cause the markets to turn around?

Markets abhor uncertainty, especially when the risks are high. Right now, we have very little data due to woefully inadequate testing, and markets haven’t  (perhaps until this afternoon’s press conference) seen a coherent plan or approach they have confidence in. I suspect that broadscale testing (even if the numbers rise sharply due to the initial testing) will provide much greater clarity. Furthermore, eventually seeing the rate of spread improve, hopefully due to the measures now being put in place, could be reasonably expected to buoy markets.  And, if like many viruses, this one subsides—even temporarily—during the warmer months, that may buy additional time for the healthcare system to ramp up and also help to calm markets. Of course, seeing measurable improvement in other countries, akin to that made in China and Korea, or progress on the vaccine front may also increase investor confidence.

How long will this last from a market standpoint?

No one really knows and crystal balls, even those of the many pundits in print and on TV, are notoriously unreliable.  If you go back to the crash of 1987, the market bottomed about two months later and began its recovery, climbing back to the pre-crash highs within 21 months.  Going back to 2008, the frenzied selling of the September and  October continued, albeit at a slower pace, for almost six months into early March of 2009, before beginning the bull market that just ended this week.

Are there other comparable periods in market history?

Again, every period is different, and this is not World War II, but the 1939 to 1945 stretch offers some instructive lessons. In 1939, the market was well into a recovery from 1937-1938’s mini-depression. That same year, Germany invaded Poland, at which point the market began a slide that that would continue until about six months after the US entered the war in 1941.  Although the war outcome wasn’t a certainty and the effort would continue until 1945, the market began an uptrend by mid-1942 that would continue into 1946. This is a very important point for today’s investor: the market didn’t wait for victory to be declared in 1945 to begin its recovery; instead, the Dow would begin its ascent from below 100 before the Midway battle and continue until it more than doubled by the war’s end in 1945. Having some clarity and a reasonable basis for some optimism was enough for the market to turn around.

Should I stay invested or get out now before it gets worse?

Of course, this will depend on each investor’s particular situation, but in general, volatility is the ticket price an investor pays for what have been the superior longer-term returns that equities have offered.  If you’re an equity investor, you’ve made a pretty substantial down payment on that ticket these last two weeks, so unless something in your situation has changed or unless your risk tolerance has fundamentally changed, I’d be hesitant to jump out now. But, again, that’s a discussion to be had on a case-by-case basis, which we’re always happy to have.

I have cash to invest. Is now a good time to invest?

Better than it was a month ago! Although it feels counter-intuitive and the world seems like a scarier place today than it was a month ago, the reality is that the lower prices get—especially when panic selling is involved, the better the bargains tend to be. Nothing about what’s happened this week makes me think that’s not the case here. Again, this is a conversation better had on a case-by-case basis, and we’re happy to discuss.

As always, please let us know if you have any questions or if there is anything we can do for you.